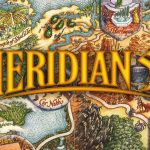 Online
345th
Action
59th
FPS
22nd
WindowsOS
246th
Fantasy
205th
Do you think this game deserves a better placement in rankings or it should be worse? You can change it! Game Ranks is based on user votes. Vote for the game and help us to determine better or worse placement for the game.
Click Here to Vote
Meridian 59 is a first person Action MMORPG and it is one of the oldest MMO games of the world. It has been released 1996 and the game is still active today despite of it has not many online players. This is an old school first person game and it reminded us first versions of Elder Scroll series. Meridian 59 is not that popular nowadays but if you ever want to have some nostalgia with your computer, this game will be one of the best options for you.

You will need to create an account to start to the game and you will need to explore the world, do some quests to level up. You will able to fight against creatures on the game with your skills. You don’t need to have very good computer to play this game and you can also play it with the lowest internet technology. Windows 95 OS and 8 MB RAM will be enough to play this game.

You can watch the video guideline for Meridian 59 below. It is a good tutorial for newbies. You can learn how to attack creatures and also you can learn controls of the game with this video.

Fan made trailer of Meridian 59:

Be the first to review!