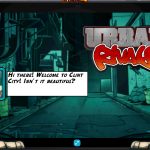 Online
63rd
Android
6th
Card
2nd
iOS
5th
Turn-Based
5th
Tactical
16th
Browser
7th
Do you think this game deserves a better placement in rankings or it should be worse? You can change it! Game Ranks is based on user votes. Vote for the game and help us to determine better or worse placement for the game.
Click Here to Vote
Urban Rivals is a Card MMO that you can play in your browser. There are many people who are playing this game from different countries. The game has been released in 2006. This is one of the most popular online card gaming platform on internet. You will able to fight against other players on the game in real-time. You can also challenge other players if you know their usernames. The game has a good concept when we compare it with other card games and trade is available between users.

You are going to have some random cards when you start the game and you will fight against other players for leveling up. All two players have 12 pills before the fight and you should use these pills wisely. Otherwise you can be eliminated by your opponent. Each cards have different bonus and damage stats. You should select your cards carefully. Urban Rivals is not only a card game. You should also make good strategies for beating your opponents in the game. You need to complete all playable stages to get higher ranks and levels in the game. Your cards will also get higher level with your wins. Pills are making stronger your cards. However you should be careful while you are using them. These are giving bonus damages to your cards and you will have 4 cards to fight. Bonuses like “Stop Opponents Bonus” will be quite handy for you. There are 1500 cards which you can collect in the game.