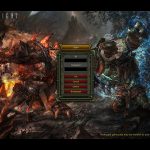 Online
226th
Fantasy
134th
MMORPG
88th
WindowsOS
174th
Do you think this game deserves a better placement in rankings or it should be worse? You can change it! Game Ranks is based on user votes. Vote for the game and help us to determine better or worse placement for the game.
Click Here to Vote
Knight Online is one of the famous  free massively multiplayer online role playing games. The game has published 2002 in Korea and the original game has published by MGame in Korea. The game doesn’t require high performance from the computers and it is only available for Windows.


There are a few different versions of the game. JPKO is Japanese version of the game, USKO (Knight Online World) is United States and EUKO is European versions of Knight Online. Since the minimum requirements are too low, the game graphics is also not good when we compare it with other games.

It is free to play, however you will certainly need to pay for your account security and trading with other users in the game.
Add Your Review for Knight Online.

There are two different races in the game. Humans (El Morads) and Karus (A kind of creature who are looking like Orcs). There is a war between these two races and you will be a part of this war with joining one of these races. There are 5 different classes which you can get on the game. Warrior, Barbarian (El Morad only), Porutu, Magician (Wizard), Priest and Rogue. When you get level 60, you will able to get a job which will effect your class (Master).

There are many security issues with Knight Online at the moment. There are many user reports that their accounts or items has been stolen by someone else. The game administrator don’t feel responsible about the robbery in the game and they are providing account security with paid options. The game is aim to be a role-playing game, however if you are looking for a real role playing, it is not the game that you are looking for. Players are generally discussing and chatting on real world at Knight Online. So the game world doesn’t taken serious by players.

You can find many items and Gold Bars (100 Million Noah) of the game at online shopping sites which are for sale by users. There are even many shopping websites which is based on only Knight Online. There are generally Turkish users in the game. You can also find users from United States, the Netherlands, United Kingdom and Germany.

KOXP (a software helps you to gain money and xp) is one of the most known cheats of the game and the game administrator couldn’t resolve this problem more than 10 years.