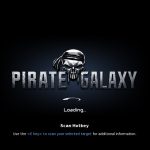 Online
64th
Sci-fi
10th
Pirate
2nd
Space
8th
War
8th
WindowsOS
59th
Do you think this game deserves a better placement in rankings or it should be worse? You can change it! Game Ranks is based on user votes. Vote for the game and help us to determine better or worse placement for the game.
Click Here to Vote
Pirate Galaxy is an online Sci-Fi game that you can play with client of the Split Screen Studios. You will have a spaceship on the game and you will start your journey. Graphics are quite good in the game and we are impressed with the small stories inside of the game. However we have noticed that the game doesn’t help much for newbie users. You should ask for a tutorial getting know about quests but since you are a newbie, you won’t know how to do that. We believe that they should provide a better tutorial for newbies in the game.

You will start Pirate Galaxy with a small tutorial at the beginning and you will able to learn how to control your shop with this newbie guide. You will also learn how to attack to other ships. Your big space ship is going to destroyed and you will go on to the game with a small ship. You have three basic skills in the game. Attack skill, collect skill and repair skill. You will able to collect items with collect skill (Sub-standard Collector). You can repair your ship with the repair skill (Phoenix S Repair Droid) and attack other ships with attack skill (Phoenix S Ion Blaster). After you complete a few quest, you will able to purchase a better ship. You can generally get missions from the Orbit. To go to Orbit, you will need to enable navigation computer. Once you reach the Orbit, you can go back to Planet Surface or you can also go to Hangar.

Cryonite and gold are the main resources and currency of the game. You can get these with completing quests and destroying the ships and drones. One of your first missions will be collecting Cryonites in Pirate Galaxy.

You can purchase new ships with Cryonite. Ships have different skills and features. You can see these features with entering the item shop. There are ships available for gold too.