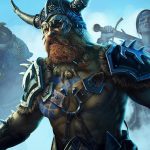 Online
100th
Strategy
13th
Android
13th
iOS
12th
Browser
22nd
Medieval
13th
Do you think this game deserves a better placement in rankings or it should be worse? You can change it! Game Ranks is based on user votes. Vote for the game and help us to determine better or worse placement for the game.
Click Here to Vote
Vikings War of Clans is a nice medieval strategy MMO game that you can play free. You can play the game at multiple languages. The game has many online players from different countries of the world. You can also see many different languages on the chat channel of the game. You can create your clan and kingdom in the game. You can fight against other viking clans and you can destroy their buildings. The game has very good graphic and strategical war stuffs. You should also build your strategy for your buildings too. The game will help you about that a little bit.
Click here to add your review for Vikings War of Clans

The game very interesting concept and you need to do all your buildings and wars with a strategy you made. Otherwise you can not succeed in the game. In the browser version of the game, there is a good quest tracker which will help you to improve your buildings. While you are improve your buildings, you can do some quests outside and gather some resources. Resources are the key for you and you will need to keep upgrade your buildings for a better gameplay in the future. You also need to give your hero points wisely in the game. This will help you in PvP and also in production. Please don’t forget that resources are always key factor at strategy games and don’t forget to setup your defence in the game. There is a good tutorial at the beginning of the game which will help you to understand. Follow that quest tracker for build your town buildings and for your army. While you are creating your army, you can check strength and cost of every units. You can also make your attack strategy with checking stats of your warriors in the game. The musics of the game is awesome. Vikings War of Clans is a browser (mobile) game but you will find a PC game graphics and audios in the game which will make the game exciting for you.