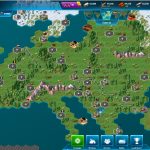 Online
86th
Strategy
9th
War
10th
Browser
14th
Tactical
19th
Tank
6th
Do you think this game deserves a better placement in rankings or it should be worse? You can change it! Game Ranks is based on user votes. Vote for the game and help us to determine better or worse placement for the game.
Click Here to Vote
World War Online (WWO) is a nice strategy war game which you can fight against other countries and conquer them. There are many people from different countries on this game and you can join any country you want. There are multiple language selections on the game. The game has been released 2010 and they have made many improvements in the game. This is a good  MMO war strategy game and you also need to involve politics in the game. Diplomacy is also a key factor. You need to choose your allies and enemies carefully in the game. War tactics and strategies are very improved on the game. However changing rules at the middle of a football match is something frowned by people. Sometimes administrator of the game does that and they have lost important amount of online players in the game.


Share your thoughts on World War Online and vote the game.

There is a good tutorial for you at the beginning of the game, if you are beginner in the game. You will able to learn how to attack and how to create your buildings in the game. You should make a strategy at wars, at buildings and at diplomacy. These three thing will be decisive about your fate in the game. World War Online is a strategy based war game. You can even enter wars without spending any cash and win wars with diplomacy and strategy. However that won’t work too long for you and you will need to spend cash if you would like to win wars and defend your bases. You can obtain strong units with WWO in the game. WWO can be purchased from shop of the game. WWO players are generally prefer to purchase Gold Pack, Silver Pack and Bronze Pack in the game.